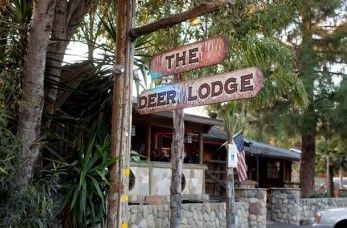 In our experience, it’s the odd employer that fails to pay a Labor Commissioner award, especially ones worth less than $3,000. And most California employers know better than to terminate an employee for making a complaint with the Labor Commissioner. And then there is the Deer Lodge in Ojai, which did not seem to care about California labor law, according to the California County Superior Court. The court recently awarded our client about $30,000 in damages and an additional $50,000 in fees and costs in the case of Walker v. The Old Roadhouse, Inc. d/b/a the Deer Lodge. These were the facts as proven at trial:

On a Tuesday in early December 2009, Plaintiff Walker, who was not working that day, went to the State Labor Commissioner’s office in Santa Barbara to get information about filing a claim for denied meal periods against her employer, The Old Roadhouse, Inc. d/b/a the Deerlodge (“Defendant”). The Deputy Labor Commissioner gave her a notice to provide to Defendant. The notice explained California law with respect to meal periods. Plaintiff proceeded to her workplace to deliver the notice, but, as the establishment was closed, she taped the notice on the front door and left a note explaining that the Labor Commissioner had given her the notice.

Defendant’s manager, Harry Frederick, received the notice and note upon opening the restaurant. The restaurant opened at 11:00 a.m. and about two hours later, at 12:19 p.m., Mr. Frederick left a voicemail for Plaintiff informing her that she need not come in for her 4:30 p.m. shift that day because the restaurant was slow and would likely close early. In fact, the restaurant remained open that day, and Defendant had another bartender cover Plaintiff’s shift.

Mr. Frederick received the decision and called the Labor Commissioner’s office to say he wanted to appeal the decision. However, Defendant never appealed. Defendant never paid the award amount. Plaintiff thereafter filed suit against Defendant for wrongful termination in violation of public policy and for violation of Labor Code section 206, which penalizes employers who willfully fail to pay a Labor Commissioner award.

Plaintiff was successful at trial before Hon. Harry Walsh of the California County Superior Court. (See the Statement of Decision and Judgment.) The court thereafter awarded Plaintiff all of her costs and attorneys fees, which exceeded $50,000.

Unfortunately, collection efforts have been difficult. The Old Roadhouse, Inc. sold the Deer Lodge to Clubland, Inc. after the trial, and the court amended the judgment to add Clubland, Inc. as a judgment debtor.